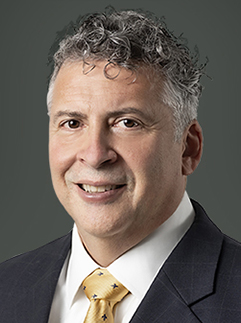 Steven J. Margolis, the founder and CEO of The Margolis Law Firm, LLC, brings with him his 34 years of experience as a litigator in various complex civil and criminal jury trials.  It is this background he uses to make sure that, if a fair settlement can’t be reached with the Defendants, your voice will be heard by the jury and an appropriate verdict obtained.  He obtained his Juris Doctorate law degree from Delaware Law School of Widener University in 1985. While there, based upon scholastic merit, he was invited into and joined the honor fraternity, Phi Delta Phi. Prior to law school, he received his Bachelor of Arts degree in 1982 from Drew University.

Prior to founding The Margolis Law Firm, LLC in August of 2013, Steven was a partner in the law firm of Cohen, Feeley, Altemose, Margolis & Rambo (formerly, Cohen & Feeley).  During his 6+ years as a partner and 12-½ years overall, he was successful in handling complex medical malpractice, sexual assault and child abuse cases as well as workplace injuries, motor vehicle cases including motorcycle, car, truck and bus accidents.  During that time, based upon his verdicts and settlements, he was invited into and joined the Million Dollar Advocates Forum.  During that time, he was also recognized as a Super Lawyer in 2010, 2011, 2012, 2013, 2014, 2015, 2016, 2017, 2018 and 2019.

Prior to Joining Cohen & Feeley in 2001, he was a supervising prosecutor in the Essex County Prosecutor’s Office, in Essex County, New Jersey; an office of over 140 prosecutors. At the time he left that office he had a dual assignment both to the Special Prosecutions Unit and as a Trial Supervisor. In the former capacity, he tried numerous homicide trials as well as other complex criminal matters specially assigned by the Essex County Prosecutor. In the latter capacity he oversaw the eight trial prosecutors assigned to four criminal courts.  He also acted as the liaison between those court and the prosecutor’s office.  While at the Essex County Prosecutor’s Office, he also acted as instructor, training other prosecutors in proper trial technique. Prior to this, in 1988, Steven was a partner in the law firm of Kaigh & Margolis, in Camden, New Jersey, where he maintained a personal injury practice.  Prior to that Steven was an associate at Tannis, Sternick, Flores & Anastos, where he assisted the partners in various types of general practice claims.

Steven is licensed to practice law in New Jersey and Pennsylvania, as well as their corresponding Federal Courts, the 3rd Circuit Court of Appeals and the United States Supreme Court. He is also a member of the New Jersey Bar Association, the Pennsylvania Bar Association, the Northampton Bar Association, the Bar Association of Lehigh County and the Pennsylvania Association for Justice, the latter, for which he has given lectures on the proper handling of Motor Vehicle liability cases at their Annual Auto Law Update Seminar and also in the area of Attorney Ethics; he was also the Vice Chair of their Automobile Law Section for 3 consecutive years. Steven is also a member of the Million Dollar Advocates Forum, which is an award bestowed on the Top Trial Lawyers in America who have obtained awards in excess of million dollars. He has also been named as a Pennsylvania Super Lawyer for 2010 through the present; an honor given to only the top 5% of lawyers within the state.

From 2005 through 2010, Steven proudly served as a member of the Board of Directors for Easter Seals of Eastern Pennsylvania, an organization which provides quality services to children and adults with disabilities, and support to their families.

Our Videos.
Representing Personal Injury Victims in Allentown,
Bethlehem, Easton, the Lehigh Valley area and beyond.